Why men struggle with The Law of Attraction. 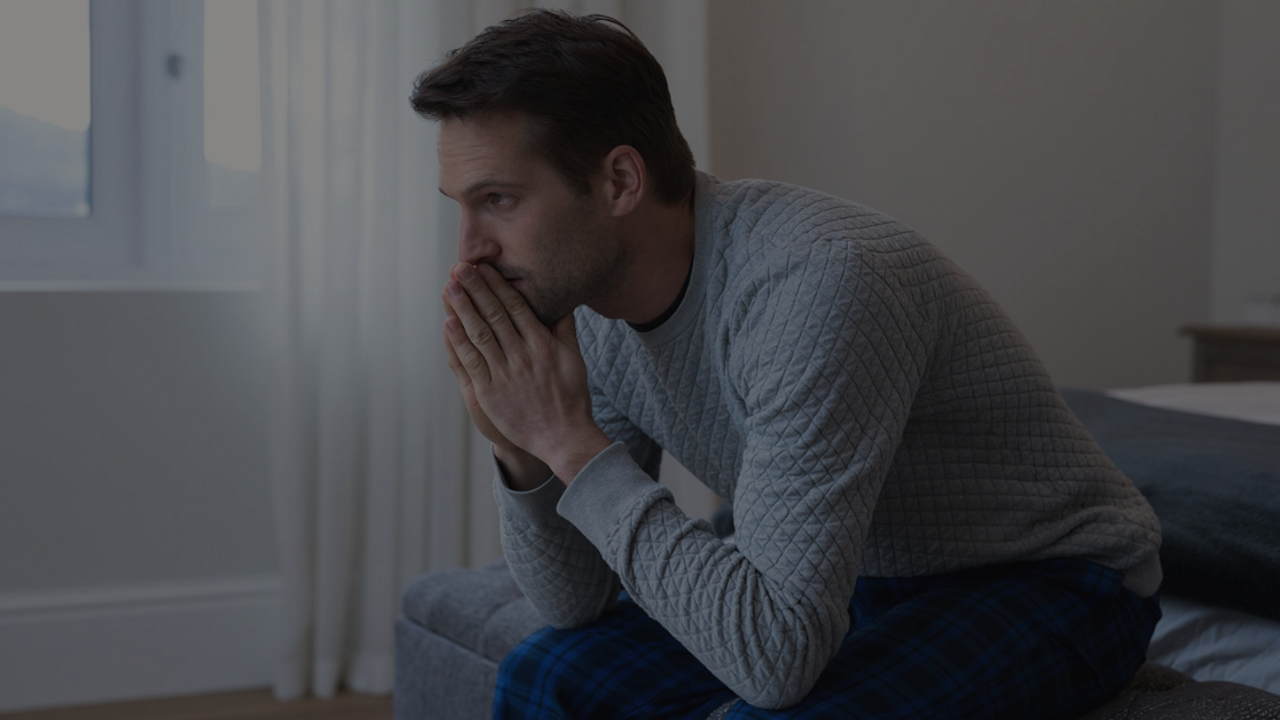 I was exposed to The Law of Attraction numerous times over a few years and completely ignored it. I even remember seeing a book with a black cover and red stamp called "The Secret" when it was released, and despite being intrigued, I never read it.

Why is that? Why do some ideas come into our world and get dismissed without a second look?

To consider a new idea, we need a foundation on which to stand the new concept. The theory that my thoughts attracted my reality piqued my interest, but I let the idea go when I discovered it was one of the 12 "spiritual" laws.

The word "spiritual" was too close to religion, God or the unseen for my atheistic model of the world. My belief system was grounded in science. Anything that required a spiritual belief system as its foundation couldn't fit into my world.

A lot of men share a similar system of beliefs. A world-view grounded in science and rational thinking. When you think the world works the way science says it does and don't hold a place for spirituality, a "spiritual law" is disregarded before it's even considered.

But curiosity (or perhaps fate) got the better of me, and in 2015 I watched the documentary based on the little black book that I'd seen in the previous years. I was interested, but I still found the documentary too "spiritual" and woo-woo. But, I'm an action taker. If I'm going to invest the time to watch a documentary or read a personal development book, I take action. So using one of the techniques called "visualisation" described in the documentary, I made a digital image that became my Gmail wallpaper. The graphic said, "One Million Dollars in my Paypal Account by December 2016". 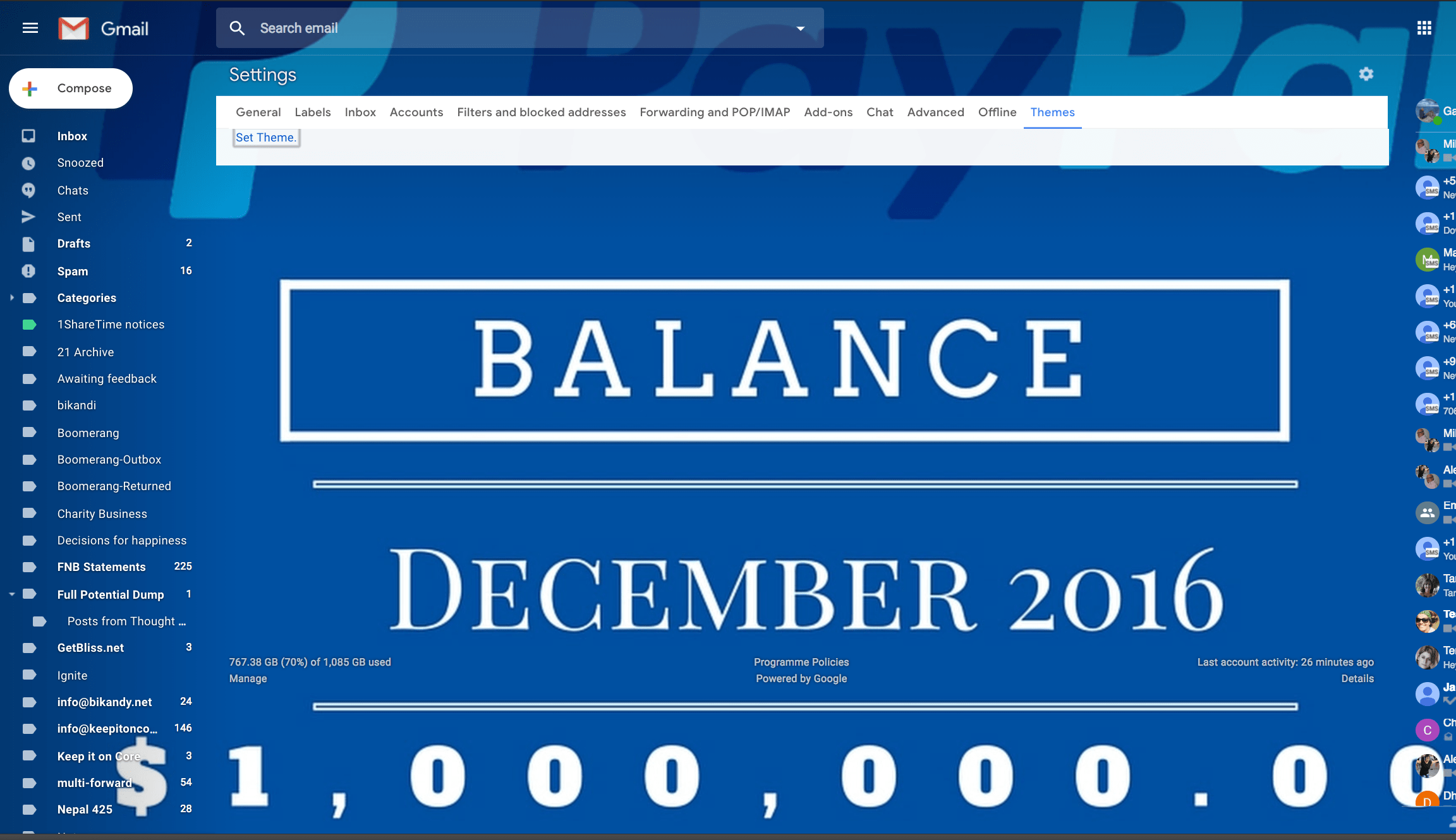 The idea behind visualisation is that you create an ideal future reality and use images as a visual reminder of the things you want to attract into your life. Images could be of your perfect body, dream house or vacation to Disney. Next, you cut out pictures from Men's Health magazines and mickey mouse images and stick them to a board to remind you of what you want in your life. The Law of Attraction did all the rest to bring these dreams into reality.

Despite my grandiose dream of one million dollars, I had no path of how this amount of money could show up in my world. It was like I was testing to see if God existed. With my new background ever-present, I soon forgot it was even there every time I checked my Gmail. December 2016 came and went, no million dollars showed up, which confirmed my story: manifestation is bullshit.

Then all of a sudden, in January 2017, a year late, an investment that I'd made in Bitcoin three years earlier suddenly skyrocketed, and my portfolio was worth $1,038,758!! 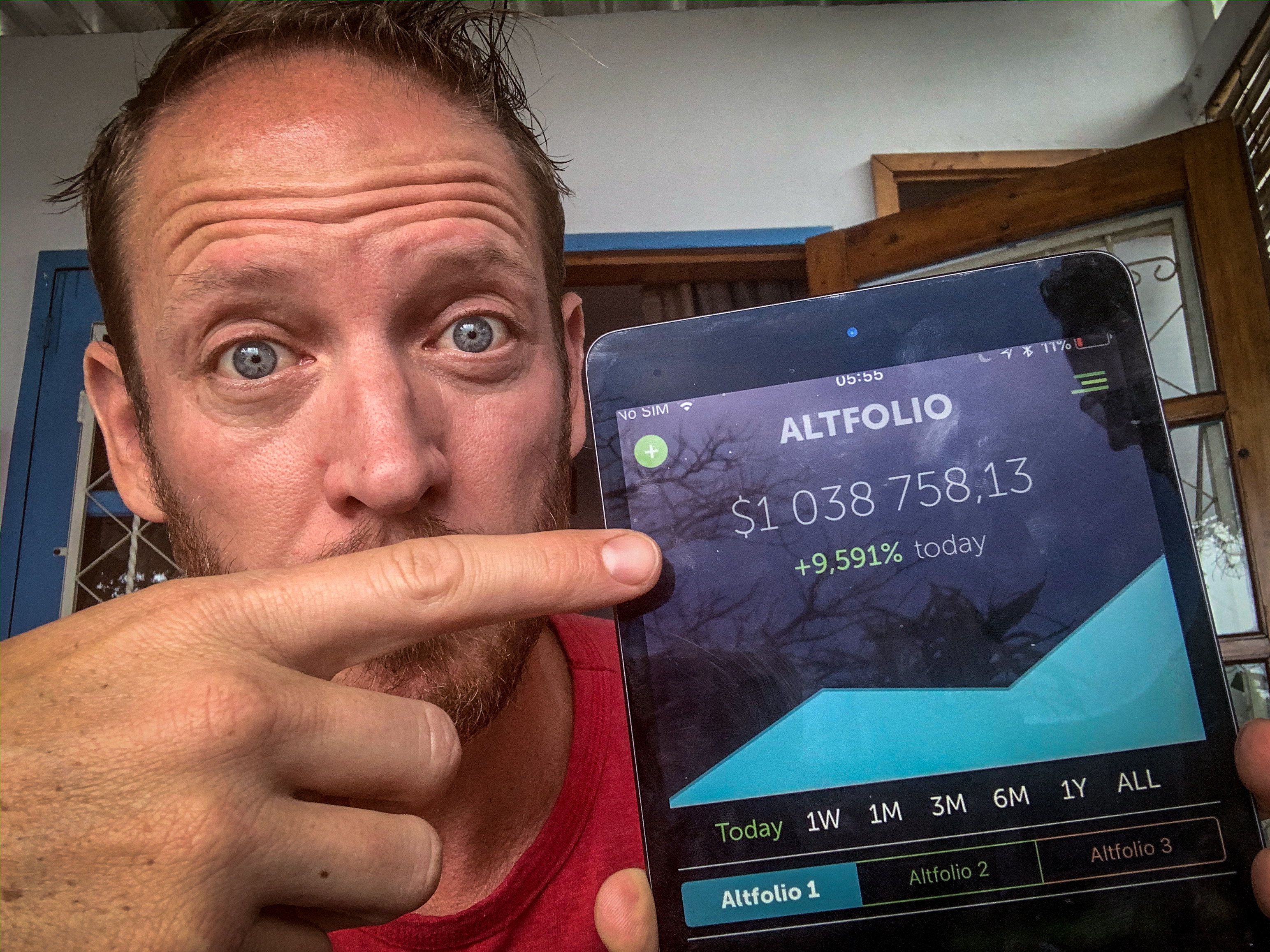 It was a year late, and it wasn't in my Paypal account, but that seemed to be splitting hairs! I was mind blown. Did this investment become a million dollars because I'd made the Gmail wallpaper, or would it have happened anyway? It didn't matter; it was a lightbulb moment. WTF is this spiritual law, and how had I not considered it in more detail?

Over the next four years, all I did was study The Law of Attraction and look for reasons I'd not considered it earlier. How many other people (men) were glossing over the black covered book on the shelf in the bookstore and picking up "The Four Hour Work Week" instead? How could I support them to consider this powerful law so that they could bring the things they wanted into their lives, the way I was learning how to?

The more I shared my story, the more I realised that many men had noticed or even read The Secret, and they all shared similar feedback. They were interested in The Law of Attraction but didn't resonate with how it was being taught. "It felt too fluffy or impractical".

The Law of Attraction needed a rebrand. A more modern, less fluffy explanation of this law and practical no BS tools that could be installed and deliver results—a left-brain approach to manifestation.

So I developed and tested new ideas and methods in my own life, they started to work. And when I shared these systems with others, they also began to see results in their lives.

The new, masculine approach of thinking about the Law of Attraction as "The Reality Factory", and our thoughts are the orders we place with the factory made sense. The more men I shared it with, the more confirmations I got that these systems, stories and tools were working. The men I was coaching didn't need to believe in a spiritual law to see results in their lives.

The first step is to get clear on what you want from your life. Then, install tools and routines like a daily pregame (morning routine), and watch as your orders show up in your reality. That's the thing about a "law"; you don't have to believe that it's working for it to be shaping your life. If you step off the side of a building, gravity doesn't consider whether you believe in the law of gravity or not. The same is true for the Law of Attraction.

Over the last four years, our tools have expanded to include more than just manifestation. We have a full range of programs, routines and apps that make up "My Life OS". Think of them as an operating system that you can use to create your life by design. These tools support you to manifest more money, improve communication with your partner, be a more courageous father or find purpose and direction in your life.

In a few weeks, we're planning to make My Life OS available for everyone - not just our private coaching clients. As a subscriber and member of our community, you'll receive an exclusive invite to a live workshop we will be hosting called The Call to Courage Live. So if you're looking to manifest a life that you love, get clear on your purpose and feel confident no matter what challenges life sends your way. - Be the first to join the event by joining the Call to Courage Conversation by clicking the button at the bottom of this post. 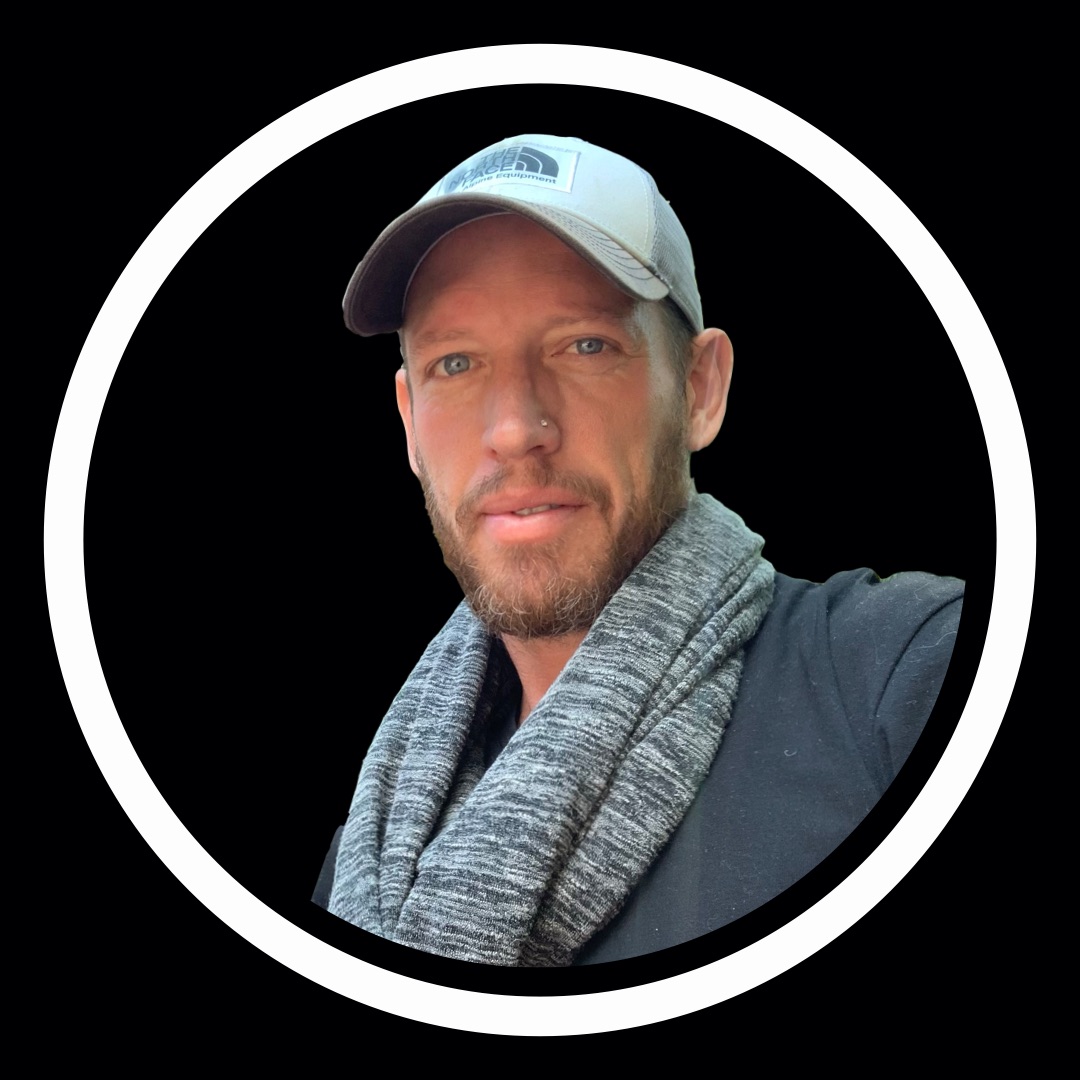 Gareth is an artist, thought-leader and a reality hacker. He's inspired to create spaces for men to have open and honest conversations and invite them to think differently about what they want to achieve in their lives.

After experimenting with The Law of Attraction in 2015 he manifested a million dollars and from that moment he's been studying manifestation and designing tools and technologies to make it easy for people to get this powerful law to work in their lives consistently. 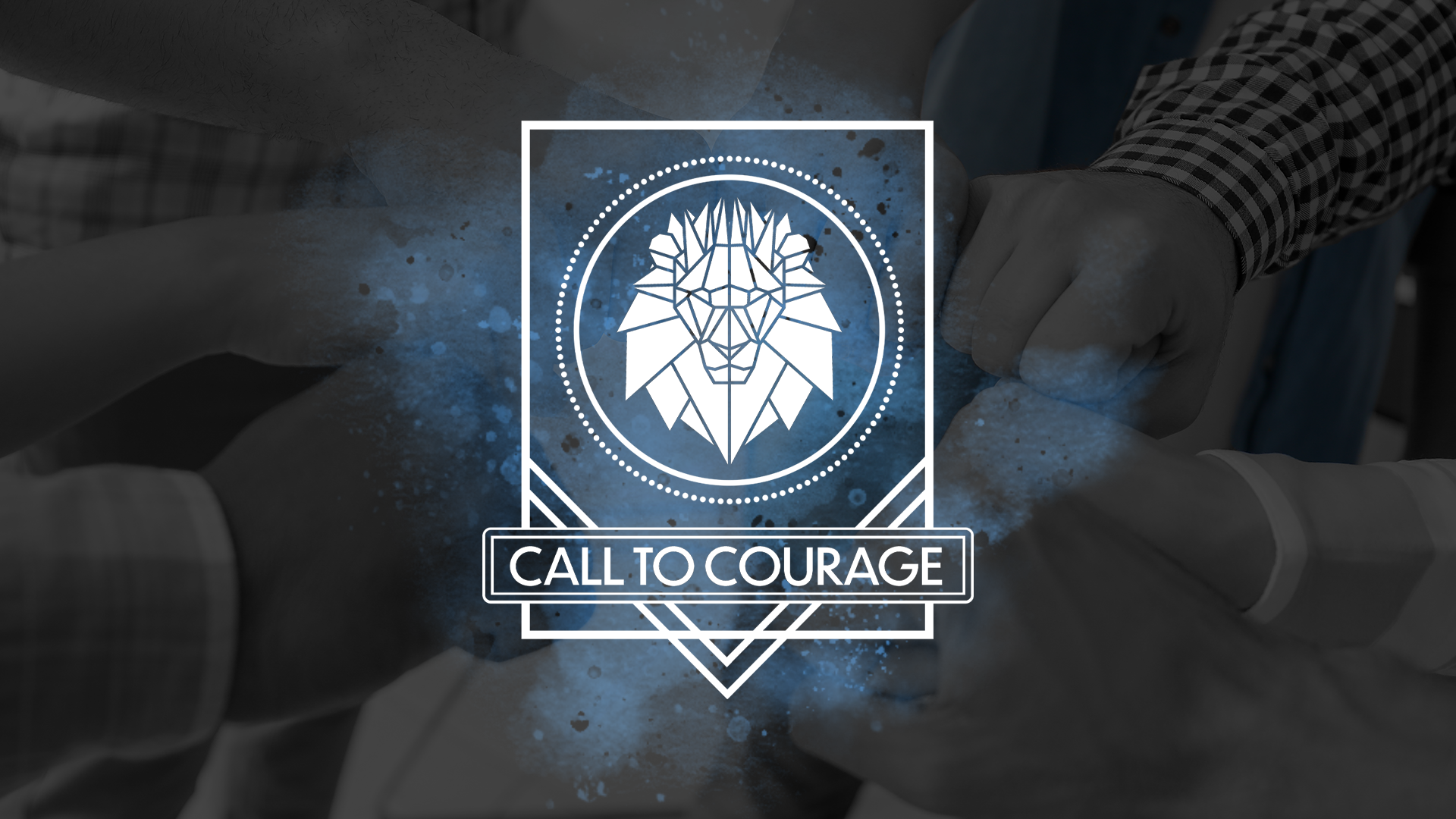 Do you want to join our community of courageous men?

Click the button below to access The Call To Courage Conversation. This is our free telegram community where we explore important topics like intimacy, money, fatherhood, or scenario planning so that you feel courageous and confident even in the most uncertain times.

Enter your name and email address

So that we can send your all-access pass to The King's Conference.

Easily unsubscribe when this content and community is no longer supporting you.